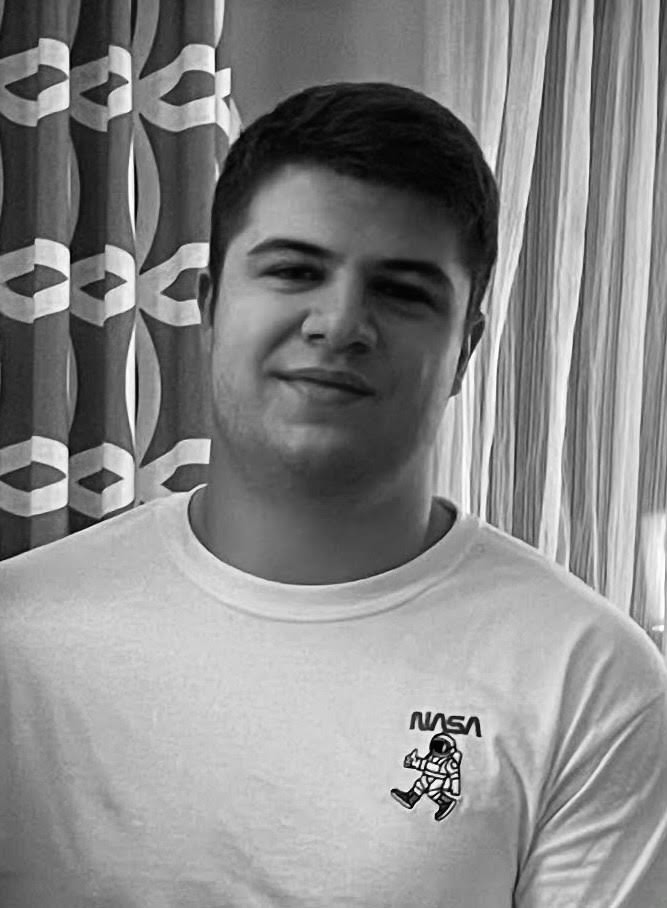 Jacob wrestled at the varsity level for four years, going from a 120lb weight class as a tiny freshman, to the 220lb weight class. Jacob advanced a grade early on, so he was only a 16-year-old senior. He overcame having a different coach in a struggling program until his junior year when Brad Grauberger took over the program. Despite his age and lack of consistent coaching, under Grauberger’s leadership, he went on to be a two-time state finalist, winning 4th place as a junior and 2nd place his senior year.   Jacob also won the Mile High Challenge his senior year.  Jacob was one of four wrestlers in BMHS history to reach the championship round.

Jacob graduated in 2017 and went on to wrestle for Olivet College in Michigan. He had great success, Jacob won the varsity spot as a college freshman from a seasoned veteran and went on to place third in his first tournament and to end his season with a winning record. Jacob chose to return home rather than continue in Michigan, feeling that an immediate entry into the work force and adventure of the military was better suited to his needs.

In an excerpt from Jacob’s journal he states, “My freshman year of wrestling was not easy. I had never wrestled at that level and I got the crap beat out of me at every practice. This discouraged me but my family was there for me and encouraged me to not give up but instead use the losses as lessons and learn from the mistakes, I was making. Wrestling is a lot like life. You’re going to get beat and knocked down. It doesn’t matter who you are, there is always someone out there better than you ready to beat the crap out of you, but that doesn’t mean you should quit. That means that you should get up and work your butt off, so that you’re the one who’s beating the crap out of people. It had been instilled in me since I was little by my parents to dust yourself off and keep going and keep fighting. Wrestling is so important to me because it allowed me to experience setbacks, just like I’m going to experience in real life and its prepared me to not let those setbacks get me down”.

Jacob’s mom, HUSD teacher Amy Kidd, shared some proud memories of Jacob. “In his junior year Jacob was on the golf team that won the regionals advancing to the State. In his senior year he was on the football team that won the region. In wrestling he placed 4th as a junior and 2nd as a senior at the State Championships. When Jacob was in 7th grade his PE teacher, Bob Supergan, conducted a Presidential Fitness Program at Bradshaw Mountain Middle School where he broke a 29 year old record in Sit Ups.” Jacob’s sit-up record is now the basis for an annual sit-up challenge at Bradshaw Mountain Middle School (BMMS). This will be the first “Sit Up Kidd Challenge” at BMMS, which takes place next week. The challenge will award the boy and girl each year with the highest number of sit-ups. This was established as a fun way to encourage physical fitness.

How To Apply for the Jacob Kidd Scholarship

Wrestlers from Bradshaw High School, Chino High School and Mayer High School are eligible to apply. Jacob had a special relationship with these programs and their coaches. Wrestlers must be in good standing with their school and coach with no outstanding school debt and must have completed their entire schedule. Wrestlers must be enrolled in a university, college or trade school with school ID or letter of admission. Applications are due in April.