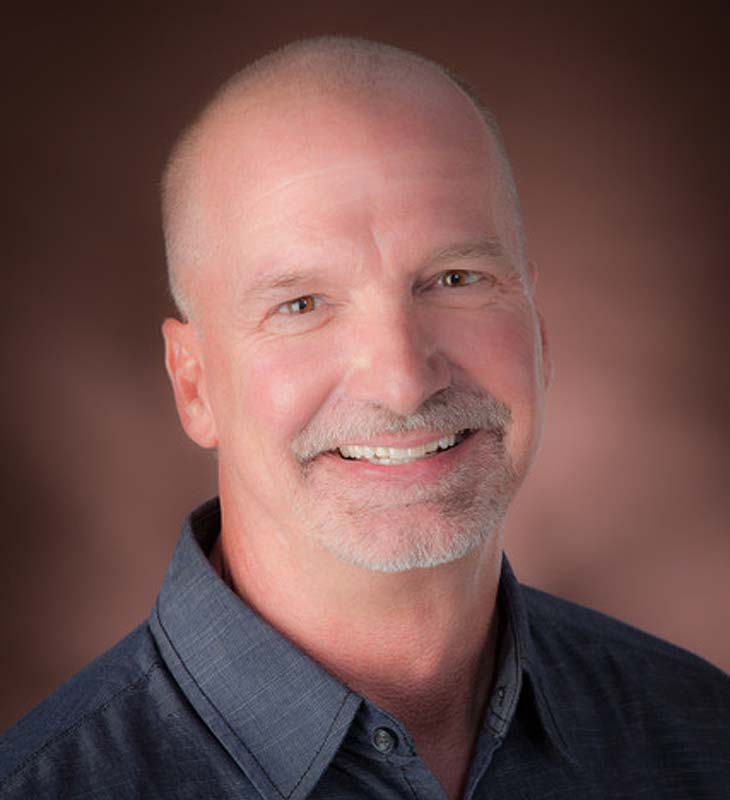 A resident of central Arizona since 2004, Guy is the Executive Editor of Fain Signature Group’s Talking Glass Media network, home to SignalsAZ.com, TG Magazine and CAST11. He has been serving on the Humboldt Education Foundation Board since 2019. Guy currently serves as a committee member on The 100 Men Who Care Organization, and is a board member of Yavapai Big Brothers Big Sisters. A graduate of Loyola Marymount University, he has served on the Prescott Valley Police Department’s Citizens Advisory Committee (2019), was a board member of the Prescott Airport Users Association (2016) and was also a member of a group of Prescott residents who started the ad-hoc “Prescott Area Tourism” Committee in 2009. On the weekends you will find Guy with his partner Kristina at their animal sanctuary called Thunder Mountain Rescue Ranch, home to 65+ animals. 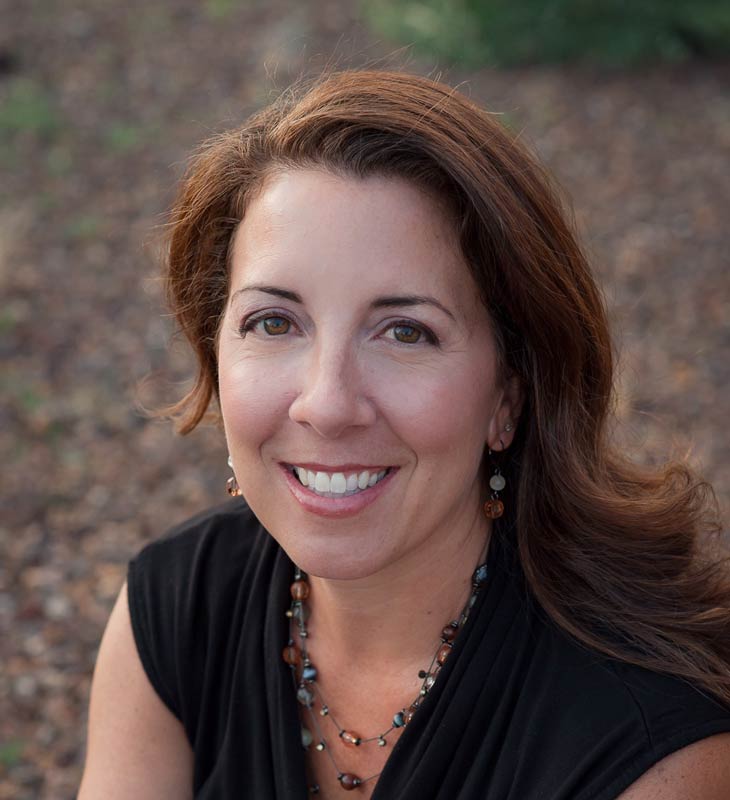 Kelly Lee spent the last 5 years as the Community Engagement Coordinator with the Humboldt Unified School District. She is currently a contractor for the DEA bringing community programs to Yavapai County surrounding educating on the harms of opioids. She was raised in Phoenix, Arizona graduating from Arizona State University with a Bachelor’s of Science Degree in Justice Studies. Kelly worked within the criminal justice field for the next five years in various capacities and left her justice career to stay at home with her two daughters. Kelly and her family relocated to Prescott Valley in 2011 where she began working for a substance abuse coalition and spent the next four years bringing drug prevention education into schools across Yavapai County. 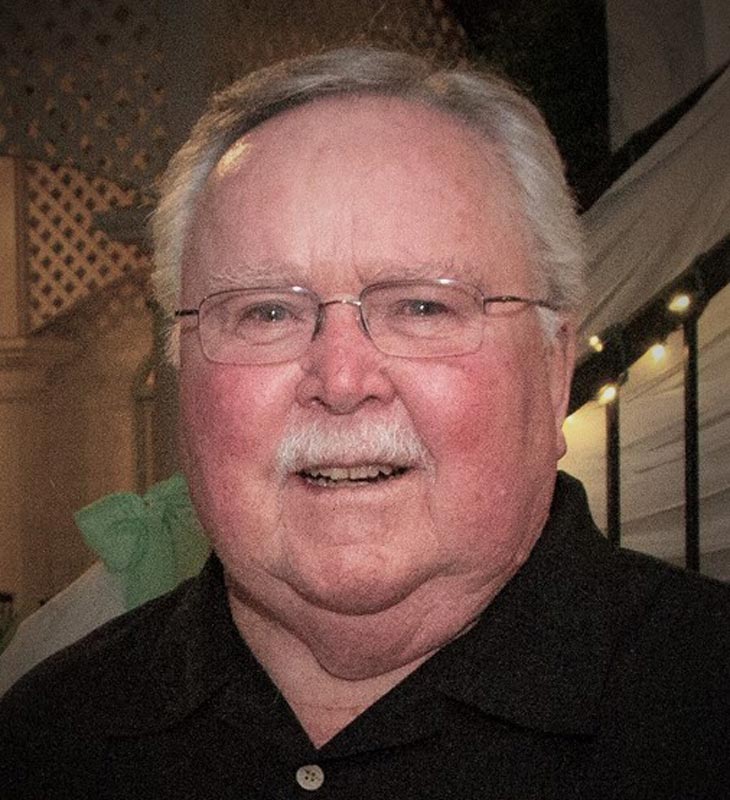 John Agan went to school at Cal Poly University in Pomona and San Luis Obispo, California, and the National School of Real Estate Finance, Ohio State University. He worked as the Regional Vice President of Wells Fargo Home Mortgage and the Regional Vice President of CrossLand Mortgage Company. John is currently the Treasurer on the Board of Directors for the Prescott Pops Symphony, Prescott Chamber Orchestra, Prescott Chorale, Prescott Valley Early Bird Lions Club, and Foundation and board member of the Prescott Center for the Arts. 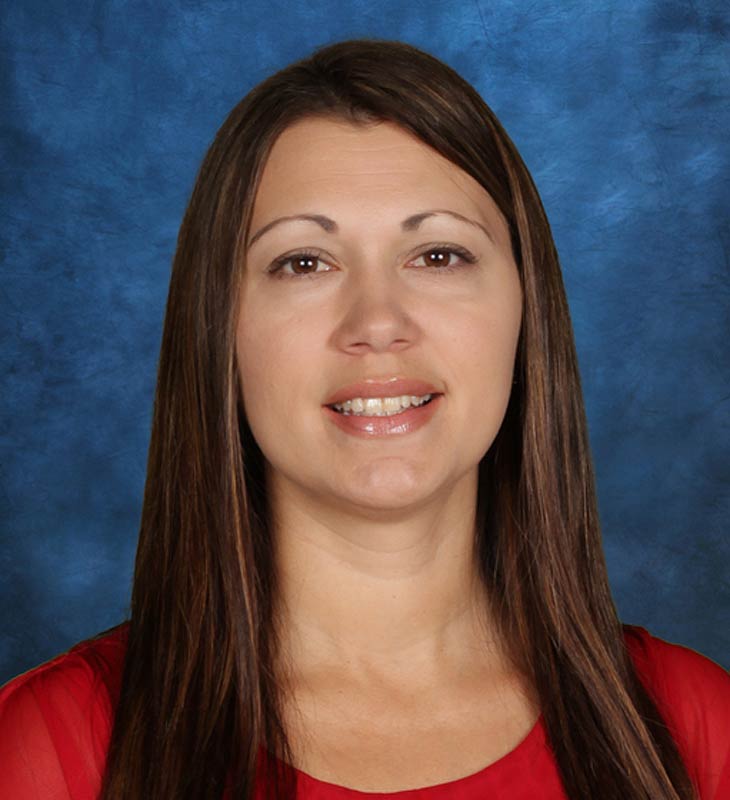 Aimee Fleming has been an educator for the last 16 years. She went to ASU for her Bachelors degree in Elementary Education and has two Masters degrees from the University of Phoenix. She is an Arizona native and grew up in the Phoenix area. She moved to Prescott Valley 5 years ago with her husband and 13 year old son when she took the job as Principal of Lake Valley Elementary School. She and her family enjoy hiking, camping, and fishing. This is Aimee's third year on HEF serving as the secretary. 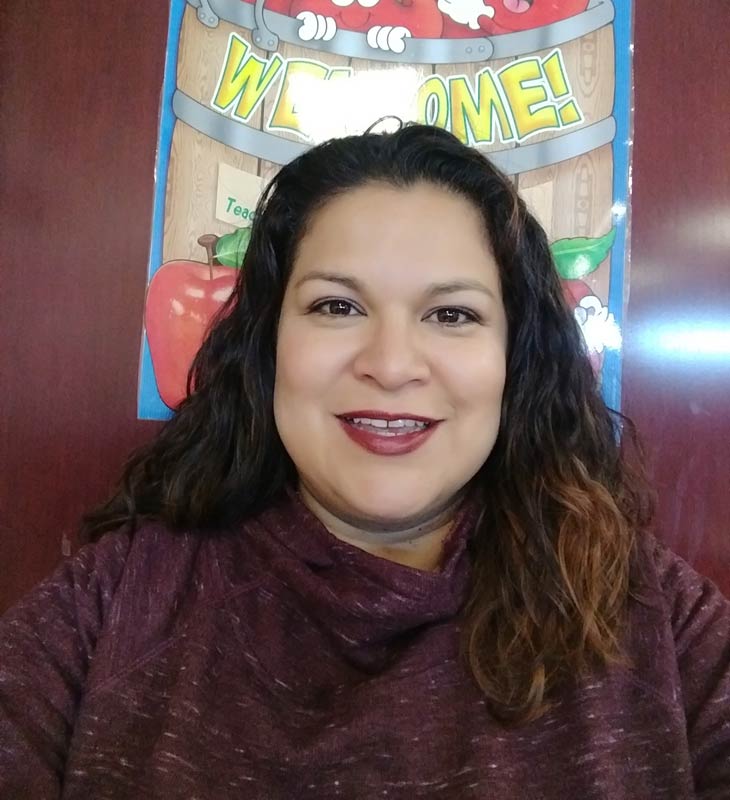 Lydia Cademartori is a 3rd grade teacher at Liberty Traditional School. She has been teaching for 16 years. Lydia along with her husband and 3 children have lived in Prescott Valley for almost nine years. She grew up in Phoenix and graduated from Arizona State University. Lydia is very excited to help grow the Humboldt Education Foundation. 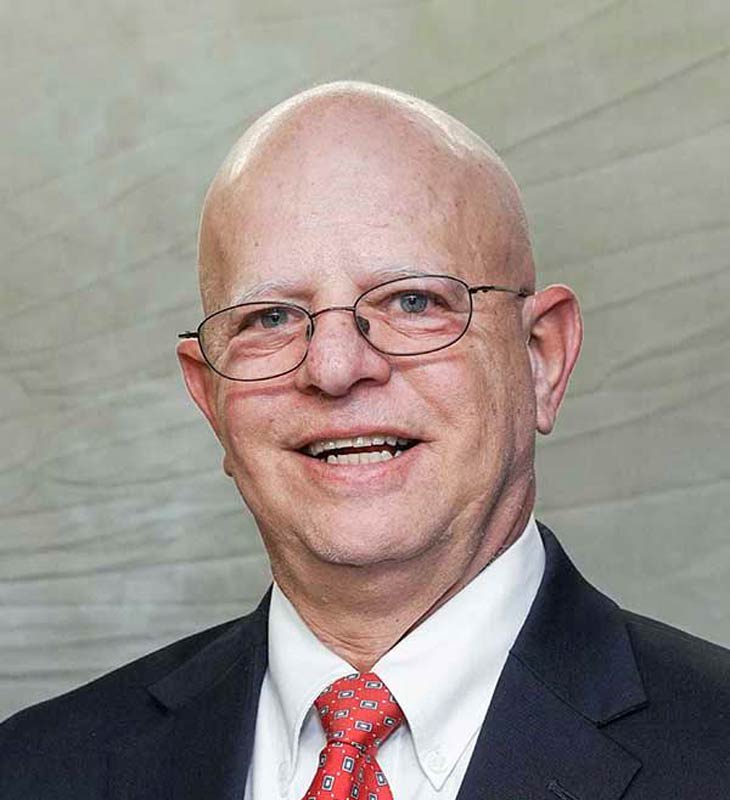 Marty Grossman was born and raised in New York City, earning a Bachelor of Science Degree from Adelphi University in Management and Communications. He served in the U.S. Army Reserves from 1969 – 1975 and has always served his community by volunteering with different Charities and Organizations including the March of Dimes, Muscular Dystrophy Association, Knights of Pythias and the East Flushing Civic Association. Marty served as a Town Council Member from 2013-2020 and also serves on the Prescott Valley Police Foundation Board. 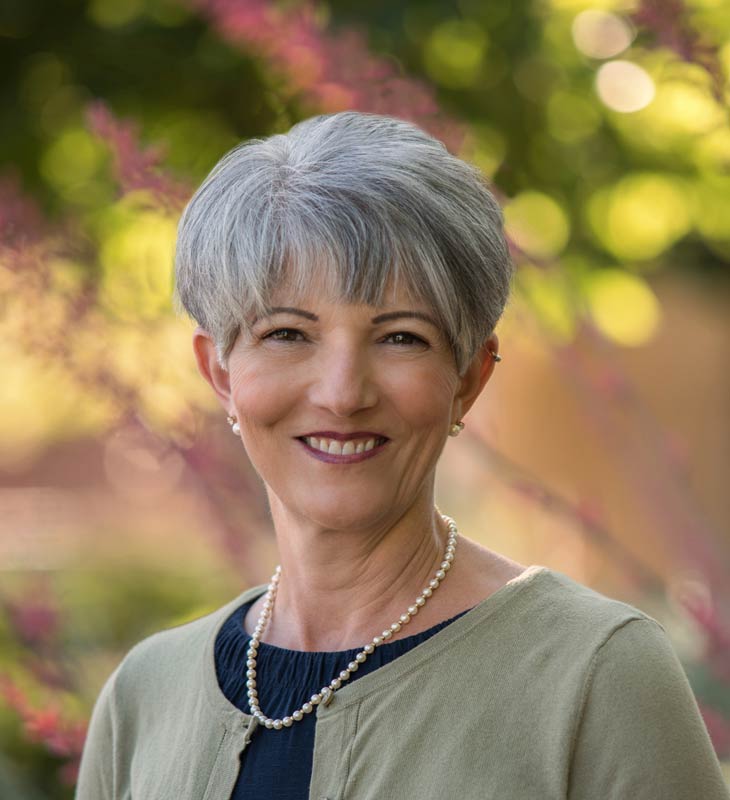 Lori Hunt is the Vice Mayor of the Town of Prescott Valley. She has over 32 years of combined experience in City Management, Community and Economic Development, Fair Management and acting as Assistant General Manager of a 55 plus Community in Orange County, CA. Lori is married with three adult children and three grandchildren. She has a passion for youth and education because it is imperative that they are given the tools to make great choices in order to assist them in growing up to be good citizens. Dene and Lori enjoy attending Heights Church, cooking, walking with their dog, camping and kayaking. 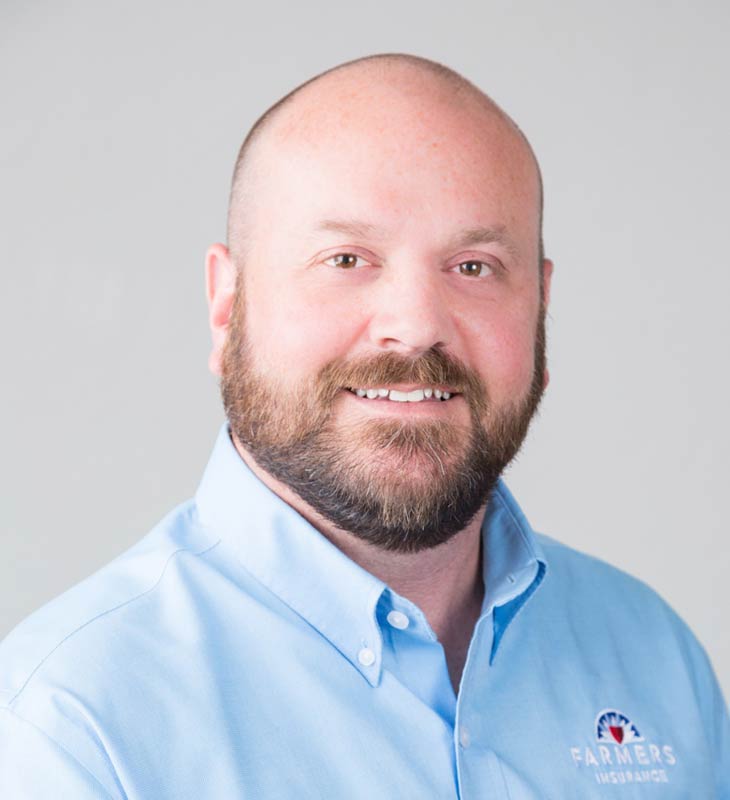 Vince Moser grew up in Missouri where he attended Northwest Missouri State University on a football scholarship and earned a bachelor’s degree from Eastern Illinois University. Vince, his wife Lisa, and their three children moved to Prescott Valley in 2011 from a small town in southwest Iowa. He currently owns a Farmers Insurance Agency in Prescott Valley, but prior to purchasing the agency in 2016, Vince had a successful and very rewarding 21-year career in the behavioral health field working with at-risk and adjudicated youth ages 12-18. 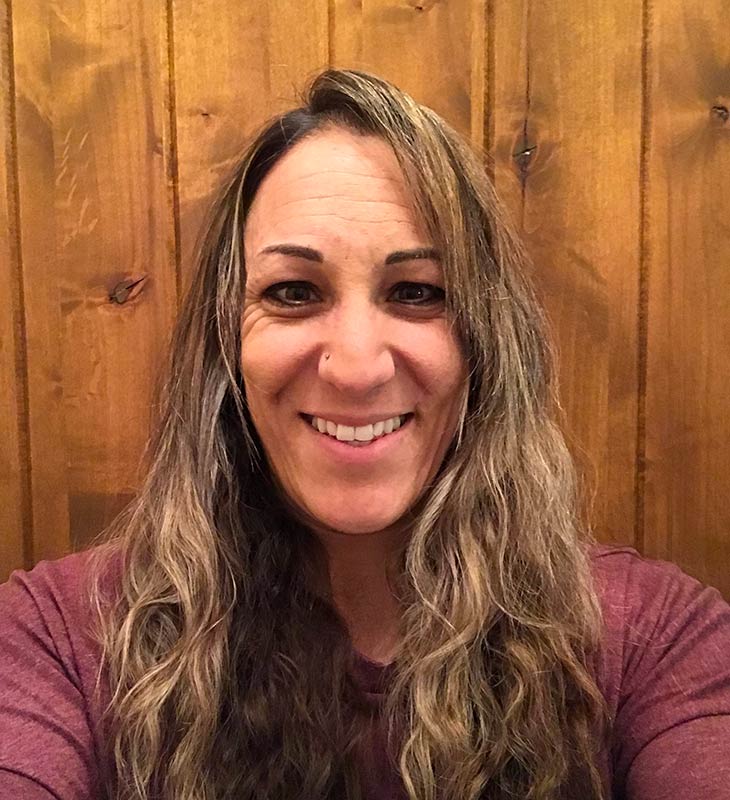 Jenna Jackson is a teacher and parent in the Humboldt community. She holds a master’s degree in Elementary Education, and a bachelor’s degree in Computer Science. Jenna has also served as a Munitions Systems Specialist in the United States Air Force and has deployed to the Middle East in support of several operations. As an advocator of education, Jenna commits her time to the Humboldt School district in various capacities, such as serving on the Liberty Traditional School PTO board, and volunteering and supporting fundraisers throughout the district. 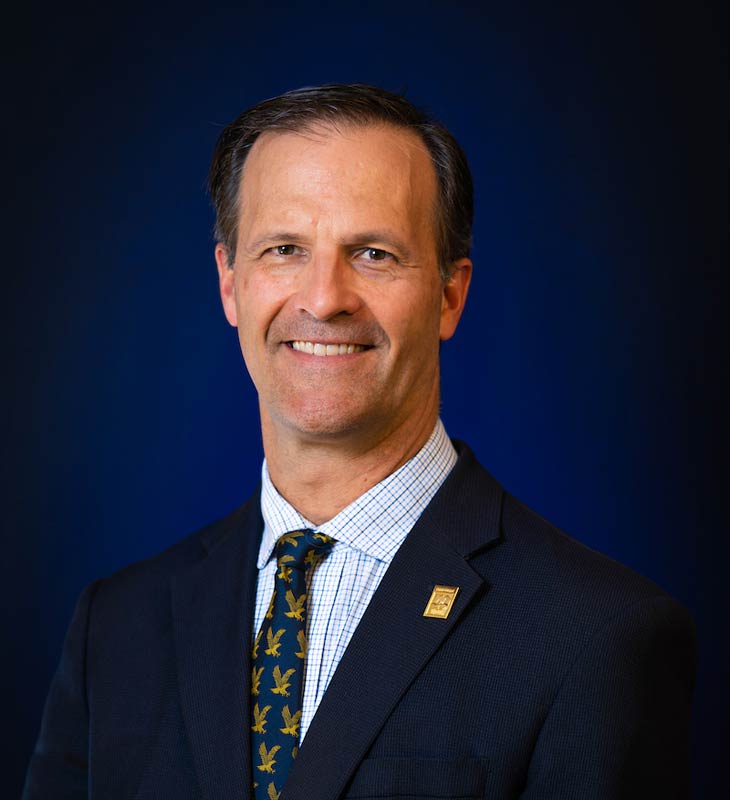 Ron Madler has been the Dean of Engineering at the Prescott Arizona campus of Embry-Riddle University since 2010. With over 1,100 students and 50 full-time faculty and staff, the College of Engineering is the largest college on the Arizona campus of Embry-Riddle. Madler joined the Embry-Riddle faculty in 1994. He resides in Prescott Valley with his family. His wife, Tracy, teaches chemistry at Bradshaw Mountain High School and their four children have all gone through the HUSD school district. 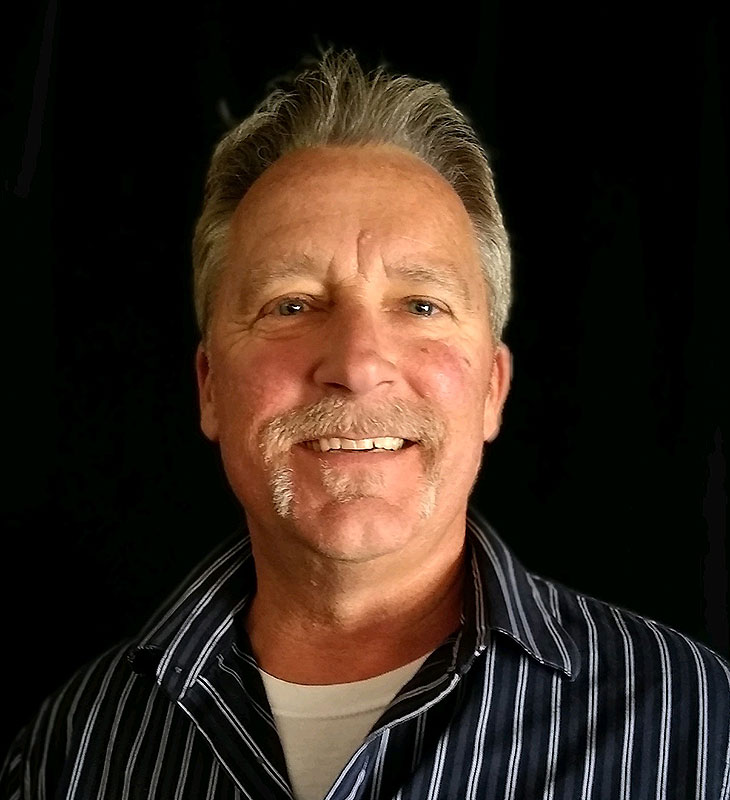 Rick Chase lives in Prescott Valley and has lived in the Prescott / PV area for 24 years. He has worked for Central Arizona Fire (formally known as CYFD) for 23 years and is currently the Fire Marshal. Rick has a 21 year old daughter who graduated from the Humboldt Unified School District (HUSD) and 3 sons, ages 14 and 11 year old twins who are currently enrolled in HUSD. Additionally, Rick taught fire and life safety lessons through the "Fire Pal" program in several of the HUSD elementary schools for 18 years. 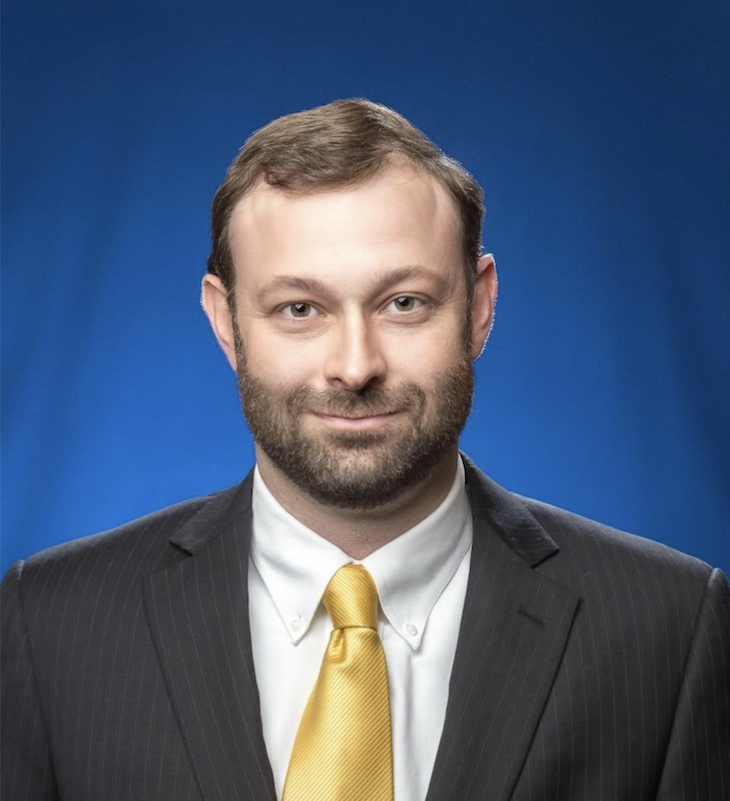 Miles Kastner has a Bachelors in Electronic Media with an emphasis in Management and a minor in Business Administration from Northern Arizona University. He is the Prescott Valley Branch Manager for Desert Financial Credit Union. Miles is an Arizona native and has worked in banking in the Quad City area since 2007. He is a Kiwanis member, PV Chamber Ambassador and has served on several non-profit boards. He has a passion for youth sports and coaches several youth sports teams. 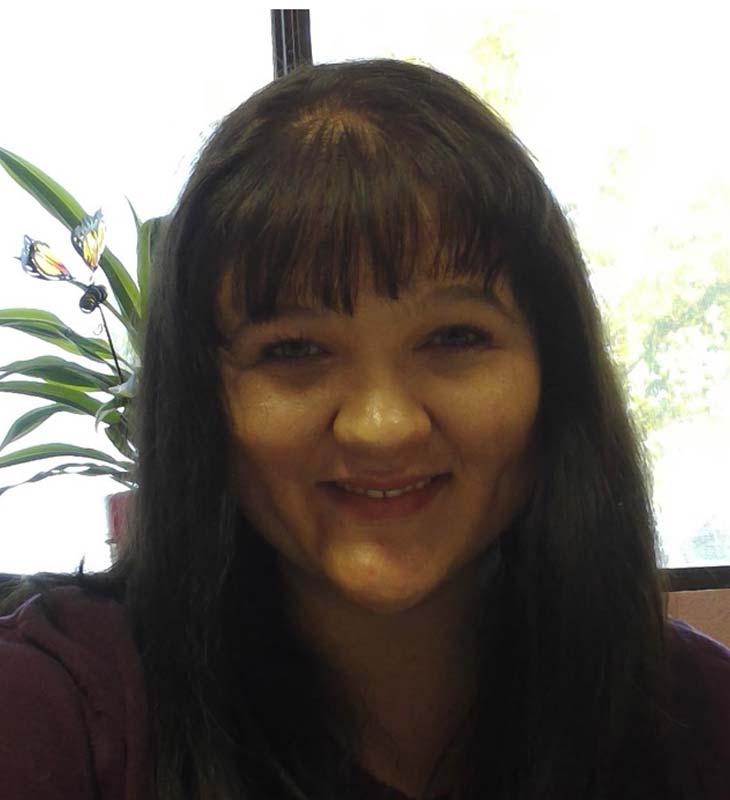 Rev. Amanda Corella is the Pastor of Prescott Valley United Methodist Church (PVUMC). She has been living in Prescott Valley and serving PVUMC since 2019. Prior to her move, she was serving Tewksbury UMC in Massachusetts while completing her Masters in Divinity at Boston University’s School of Theology. While Amanda was born in Okinawa, Japan and has moved around quite a bit, she was raised primarily in Arizona and considers this state her home. Coming from a family with a deep love for education, she was excited to join and learn with the Humboldt Education Foundation. 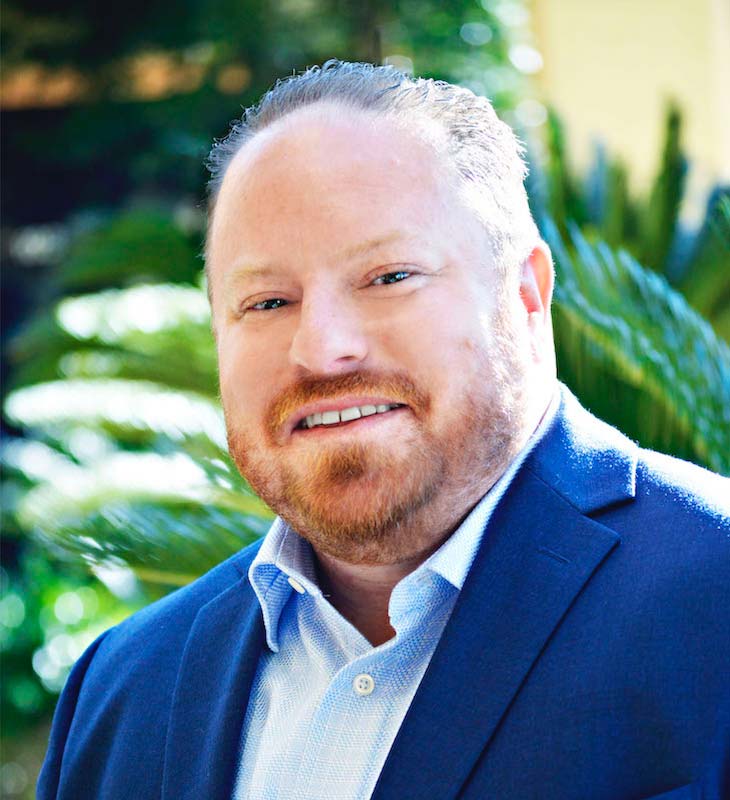 Damon Cademartori has lived in Arizona for the past 40 years and has made Prescott Valley his home for the last 9 years with his wife who is an Instruction Specialist with Liberty Traditional School and three children who all attend schools in the Humboldt School District. Damon is currently a Sr. Loan Officer with Fairway Mortgage. He has been in the mortgage and banking industries for over 23 years. Prior to Fairway Damon had a rewarding career in upper management for various financial institutions focusing on Northern Arizona Communities. Damon loves to camp and enjoy outdoor activities with his family. Damon is looking forward to helping support our community and continue to grow with the Humboldt Education Foundation. 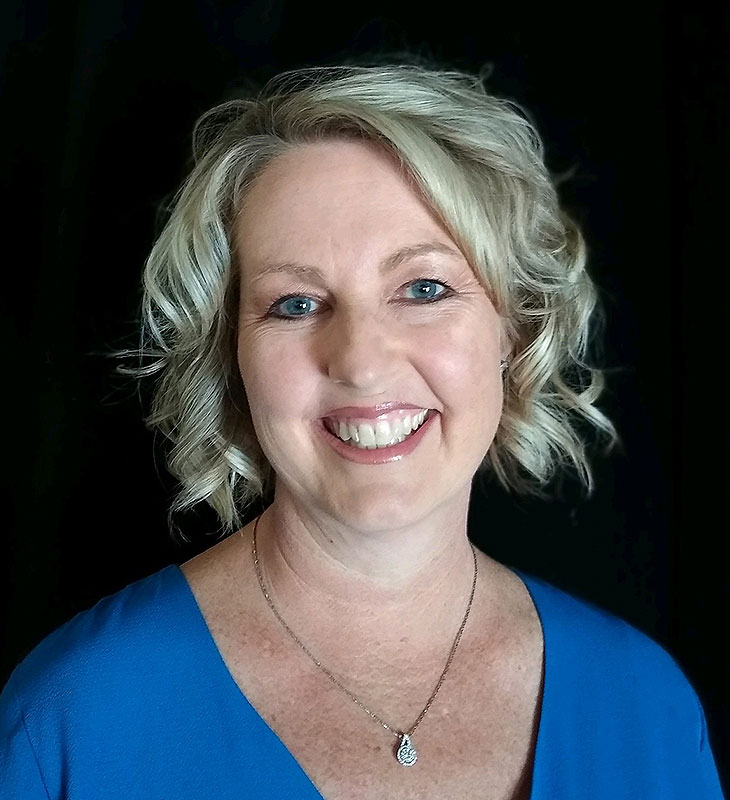 Debbie Chase is a Registered Nurse and a mom of 4 past and present Humboldt Unified School District students. She has spent countless years volunteering on the Coyote Springs PTO board and also enjoys serving the community with her husband and children through various Firefighter Charities. Debbie feels strongly that supporting our educators and students will have a lasting impact on our town. Through the Humboldt Education Foundation she hopes to help meet the needs of teachers and students in our area while encouraging and celebrating their success! 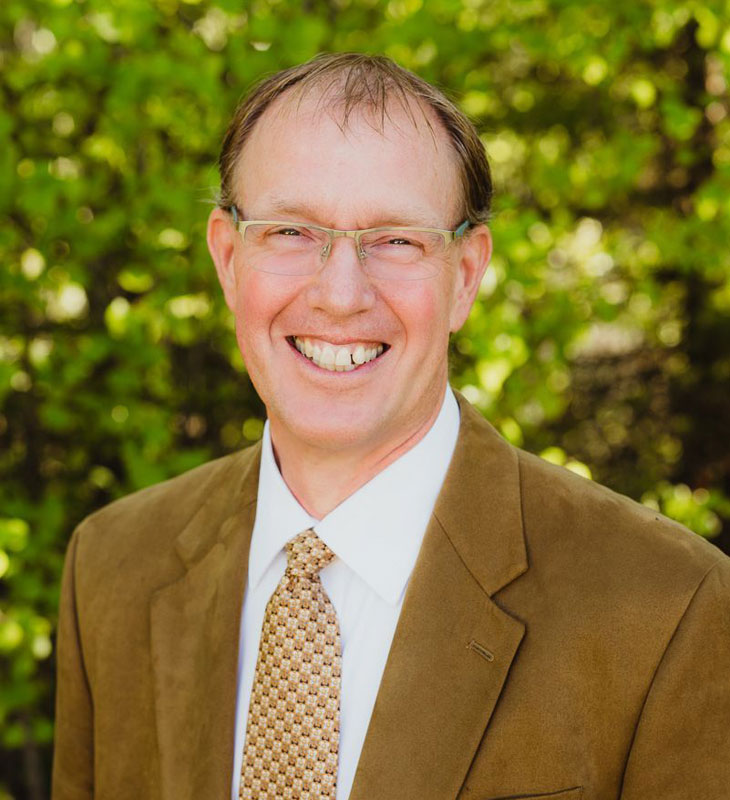 John Pothast is currently serving as the Superintendent. Originally from Minnesota, John Pothast began his educational career in Yuma. After teaching ten years, he and his wife, Sheilah-Margaret, moved to Alaska, where he was a building principal and then a district-level director. After 21 years in Alaska, they relocated back to Arizona, where John is the new Superintendent for the Humboldt Unified School District. They have two children: Hannah graduated from the University of Alaska, Fairbanks in May and still lives in Alaska, and John-Mark is a junior at Northern Arizona University. 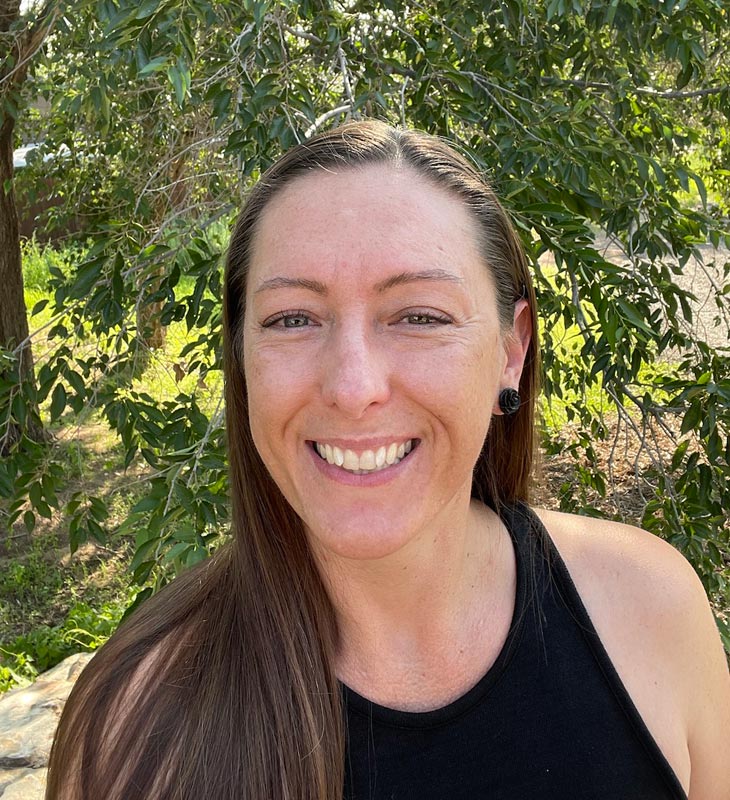